Last night the blinds weren’t drawn in the lounge where I’ve been sleeping, and Misty the cat and I enjoyed being able to see the foliage as we listened to the bird song. It also meant that we had an effective alarm clock when the sun came up. Not that Misty cared. When I got out of the bed she just looked at me and went back to sleep. And totally ignored everyone as we rushed around packing things and clearing away our dirty laundry – such as those on my bed! It was about 8.30 by the time we got the bed reassembled into a sofa. We were due to leave at 8.45am. Up till now, each time I've packed my suitcase, I've unzipped the extension, zipped up the main zip, and then successfully rezipped up the extension zip. I didn’t even attempt that today. I’m not sure what I’ve got that’s extra in there, but whatever it was, it’s taken up a lot of room.

Murphy’s sprung into action. Up till now the weathers been overcast and a little drizzly and on occasion we have had to deal with rain. Today? Today it was fine, we had brilliantly blue skies and little wind.

Today, of course, is the day we fly home.

Not that it was bad having that weather, we had no issues about flying out of Wellington airport, which is notorious for its winds causing havoc.

The four of us (leaving Misty snoozing somewhere) headed to the airport. Ann and Duncan were not only making sure we were leaving the city, they were going to pick up another friend who was going to stay. The Shelton Hilton is in fine form. And Duncan was a big help in getting us through the check in procedure.

The five of us (including Mercedes whose plane had arrived about the time we got to the airport, had a cuppa and a chat. (We compared bach photos with Mercedes.) Then we said our goodbyes and the Munros took Mercedes home. We had a wander around the airport and took some photos. 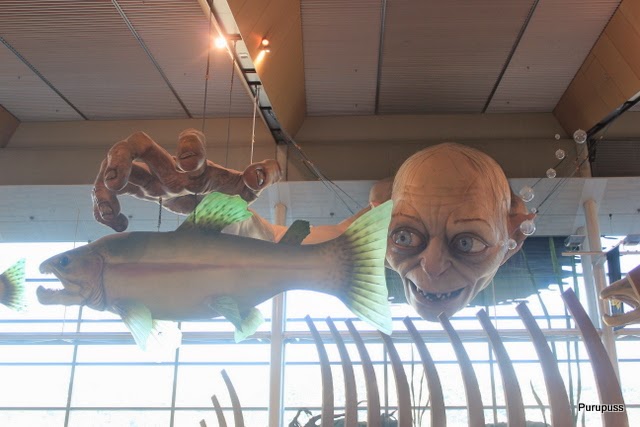 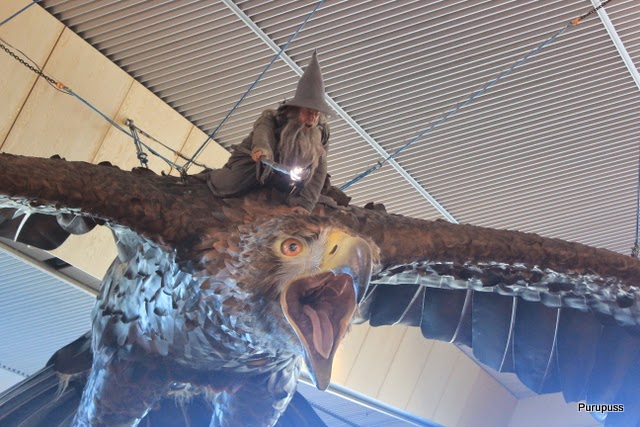 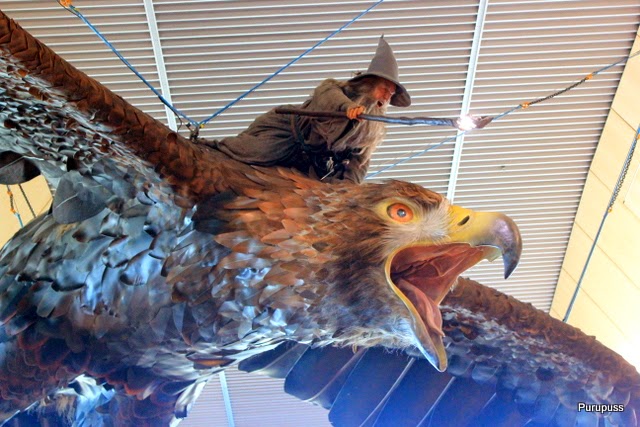 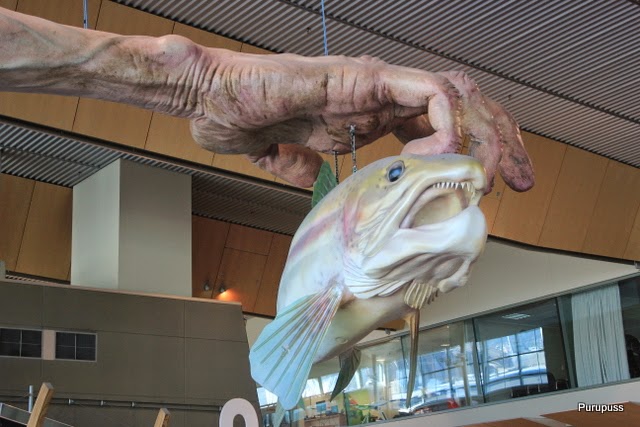 Over the last few days D.C.'s been complaining, and rightly so, about the way that steps in the bush have been made by tall men who don’t give consideration to shorter people, especially shorter people who have recently had their birthday. Today, when we were given the signal that we could board, we were told that those in rows 1-20 could enter the plane by the airbridge, while those in 21 to the rear of the aeroplane would need to take the stairs. What was our seat number? 25 D & E. So we had to walk down the stairs, along the tarmac, and up the stairs into the rear of the plane. But at least these ones were all a decent size.


Our flight was uneventful. Once again I wished I could have taken photos on lift off, but I’d been told once by a flight attendant that digital camera qualify as digital equipment and they don’t like you taking photos until it’s time to use electronic equipment. Of course that could be because they don’t want any loose bits of metal and plastic flying around if there’s an accident.

So I missed out on some lovely photos of a cloudless Wellington, but I did get these. 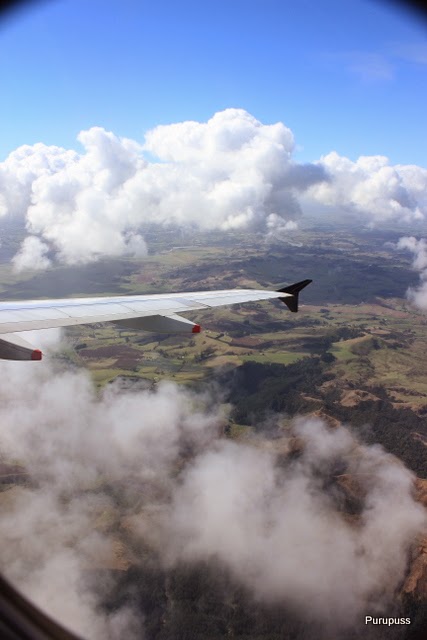 I loved the flight. At times we seemed to be flying through fluffy white canyons. A couple of times we flew into a canyon wall and it played with us for a tiny bit before releasing us on the other side. The flight was so short (we had a tail wind) that the flight attendants had only got halfway through offering out their teas and coffees before they had to start locking everything down for landing. Some people missed out, but we all got our biscuits or chips. But no boiled sweets.

I’m sure that the flight describes and arc. We seemed to be no sooner levelling off before we were descending again. The take-off and landing were smooth.

Auckland was pretty much the same as it always is and we had lunch at the airport before catching the Airport bus into the city. The problem is that this bus doesn’t actually go up to the Skytower where the InterCity bus terminus is. And I’d like to bet that the reason why the bus terminal is there, instead of somewhere more practical, is because SkyCity bought someone off. So we had to get off the Airport bus in Queen Street and drag our bags up Victoria Street, which is extremely steep for one block.

Once we’d reached the summit, we stuck our suitcases into a locker ($3 for one hour and then $5 for after that) and then walked back down Victoria Street and up the other side. (Queen Street’s actually a creek in a valley.) We circled Albert Park until we came to the old Jewish Synagogue. We went there for two reasons. One, D.C. has a Jewish friend who used to worship there, and two: Ann’s been helping to set up an art gallery in an old hairdressers next to the Synagogue.

We didn’t think the art gallery was going to be open, but it was, so we popped in for a look, didn’t understand any of it, and popped out again. We got the Synagogue photos (I don’t know what it’s used for now, but it’s cared for) and then walked back down into the valley and back up to the SkyTower.

Then we waited for an hour for the bus to leave. That was another smooth ride, even if we had a grumpy bus driver.

We got to Thames, had a stop off at the Martina Diary to get breakfast and then the Thai restaurant for tea, and came home to check our emails.

The holiday’s over. It was great and I loved it all, but I have to say that, no matter how comfortable the others were, there’s nothing like your own bed.
Posted by Purupuss at 4:15 AM No comments: 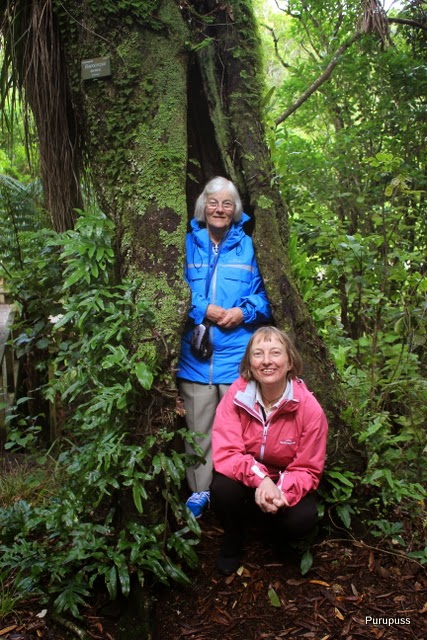 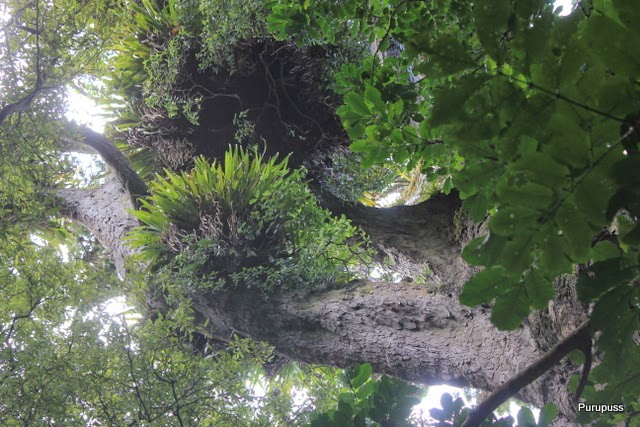 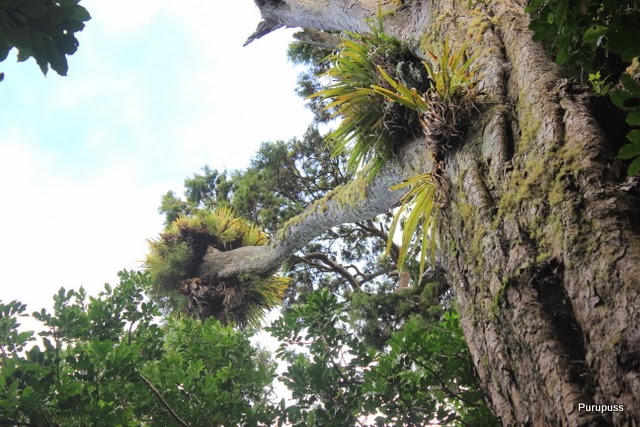 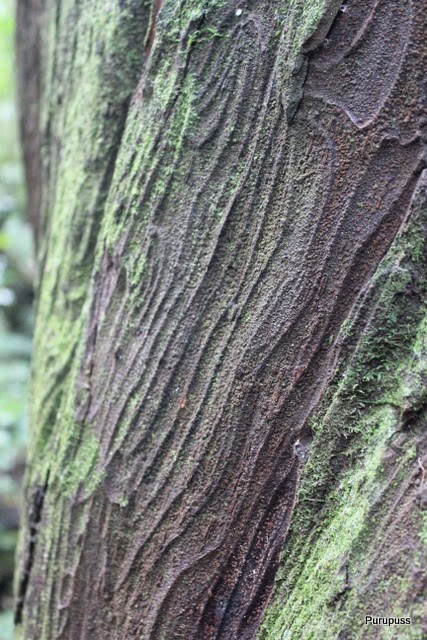 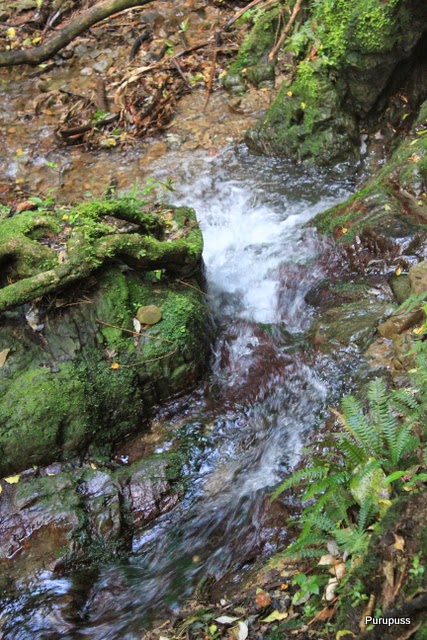 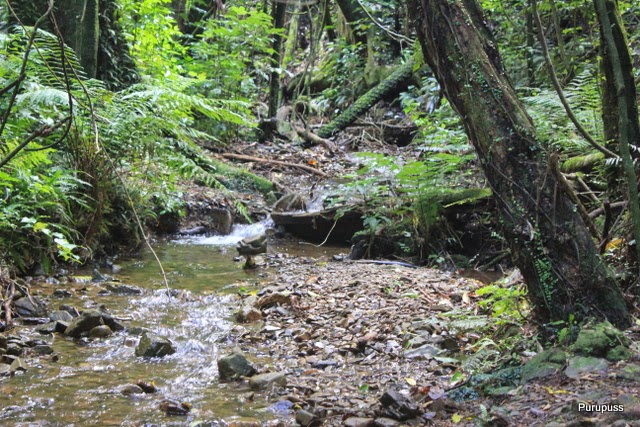 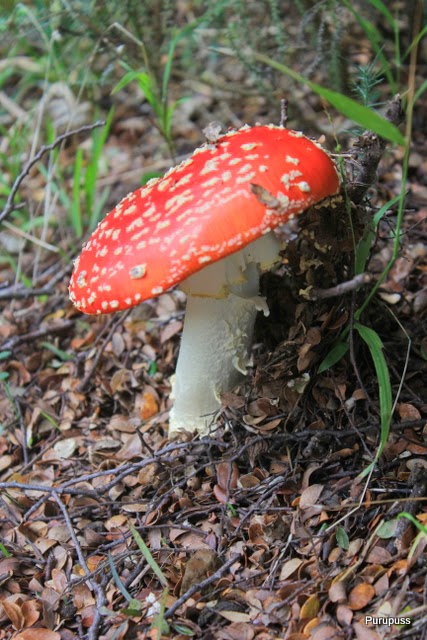 Posted by Purupuss at 4:08 AM No comments:


Firstly an apology. I’ve backed up today’s photos to my external backup hard drive, but haven’t downloaded them to this computer.

Not that we’ve done anything particularly exciting – apart from seeing an 800-year-old Rimu tree.

Ann’s wanted to show us this tree since the day we arrived and, as the weather wasn’t as bad as it’s been threatening to be all week, and as good as it has been for most of the week, we decided to see it this morning.

The tree is part of the Otari-Wilton Bush reserve and once again we had to deal with a few steps. I pulled D.C. up them. Not really, but I held her hand so that she had something to hang onto if she needed that little extra oomph.

It is beautiful over there, in some respects better than Zealandia because the paths and bush seem to be more… “raw” was the word Ann used. Zealandia’s easy walking and you get to see Takahe and Tuatara, but Otari-Wilton seems to be more like the bush should be, with good, but still rough paths.

When we reached the peak of our trek we were treated to see the 800-year-old Rimu. I probably don’t have a photo that will give you a true idea of its size, so it doesn’t matter that you’re not seeing it now. But it was beautiful with its gnarled roots, one of which seemed to be hold the others back as if it were trying to keep them in place. I do have a photo of that. And, like many of the more mature trees in that bush, there’s a mature garden of epiphytes growing in its branches.

Nearby is another Rimu. It’s clearly younger that the 800-year-old beauty, but like the one we saw yesterday it has patterns in its bark like fingerprint ridges. It also had a stick insect on its trunk.

We came back and made lunch and then relaxed for the rest of the day. We were making sure our batteries are fully charged up for travelling back to Thames tomorrow and then a full on week for both of us (I think I’ve got a Thames i-SITE / Information Centre meeting on Wednesday).

At least we’ve only got a three day working week to ease ourselves back into it.

We’d promised Ann and Duncan that, to say thank you for having us and as a birthday treat, we’d take them out to dinner, so we went to the Southern Cross tonight. We sat in the retro room, which was fascinating with all sorts of knick knacks from the middle of last century. The meal was very good too. D.C. and I had the Sunday roast of pork, while Duncan had 200g of beef that he cooked on a sizzling hot volcanic stone. Likewise Ann was able to cook her venison and prawns on a stone. Desserts were chocolate brownies for D.C. and me (they were ‘free’ with the roast) and cheesecake for Duncan (his favourite) and Ann had warm brie (with Manuka honey and walnuts), crackers, and free bread, which was lovely but too much for one person. So after we’d all attempted to help her to eat it, the rest was brought home in a doggy box.

Then we had to pack as much as we could, which isn't as much as we'd like as there's so much that we’re going to need tomorrow.
Posted by Purupuss at 3:17 AM No comments: